A small town with a very large RAF base; RAF Mildenhall, located immediately outside the town, is used by the United States Air Force. Mildenhall is most famous for the discovery, in 1942, of The Mildenhall Treasure. Now housed in the British Museum, the treasure is a hoard of Roman silver objects buried in the the 4th Century. Includes some of the finest surviving examples of Roman silversmithing, including the mid-4th century Great Dish. 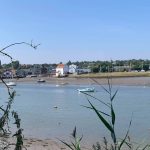 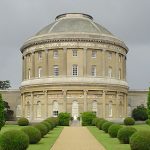